This is one of my favourite spaces to share our new branding and website launches, along side some fantastic business information. 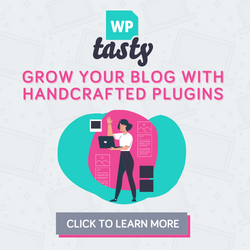 I’m so Thankful to be Self-Employed I’ve been fully self employed for almost two years now, and today I’ve never been so grateful for it.

A lot of you will know about my soon-to-be husband Nick and his accident a few months ago. But for those who don’t know, he went out mountain biking with a friend, and did what he likes to call a “gnarly” flip over the handlebars. This resulted in him breaking his right collarbone in 3 places.

That was in May, 15 weeks later and he’s still signed off work with no signs at all of bone growth. The doctors initially said that there was no way he needed surgery, everything would heal perfectly within 8-16 weeks. Each X-ray we went for after that we were told there was no bone growth but don’t worry, it will start soon. Finally they admitted it was just not going to happen and we had to schedule a surgery. After many more X-rays, what was initially going to be a pin in the bone escalated. It turned into a pin and a plate, and then also a bone graft from his hip.

He has been completely useless (sorry Nick) since May and now I feel like we are right back at the beginning again in terms of recovery time. It’s going to be painful and uncomfortable, and I really wish they had done this on day one. But how could we have known the bones wouldn’t heal?

I am so thankful I have been able to stay home with him the past 3 months. It may sound like hell, but we have been able to spend so much time together. Nick is a bit of a workaholic so consistent quality time is rare. But even though I’ve had to cut every slice of bread for him – as irritating as that was – I’m so thankful for it.

As I type this, Nick is in bed next to me snoring away. He’s just out of surgery and is wearing off the anaesthetic. Never in my life did I think that a simple thing such as going for a bike ride could disrupt your life so much. The entire year has been turned upside down and he is unable to do all of his favourite things. Golf, driving, basketball, running, all completely out of the question. It breaks my heart to see him like this!

I am so thankful for everyone who has helped out over the past few months. Doctors, surgeons, parents, friends. Even his work for being so understanding and compassionate over what is a inconvenient and stupid injury. Hopefully he is on the mend now.

I’ve never been so grateful to have my own business that I manage. In reality, I’ve been working half weeks the past 3 months and yes, I’ve taken a bit of a pay cut for this. But it means I’ve been able to make every doctors appointment, do all the driving, make all the dinner, and just take care of my man. If I was working a full time job, I doubt even 20% of this would be possible.

Nick, I love you to bits, and while you’ve wound me up so much over the past 3 months, I am I so thankful for it. And hey, at least you didn’t do this right before the wedding!

Photographs by Katelyn James, and yes, Nick did have a broken collarbone in these pictures. He did extremely well though and you wouldn’t know it!

2 Comments on I’m so Thankful to be Self-Employed

have you checked out "The Blog Method"?

"The Blog Method" is our signature course that we offer that walks you through absolutely everything you need in order to grow and monetise your blog.